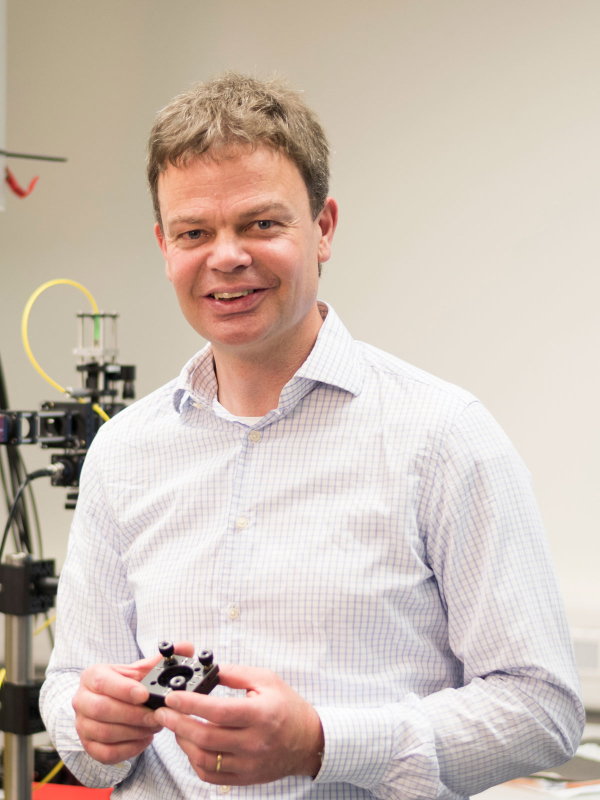 Richard studied at Oxford University for a BA in 1987 followed by an MA and D.Phil in 1991. From 1990-1993 Richard was a Junior Research Fellow at Christ Church, Oxford working in the Clarendon Laboratory. From 1993-1999 Richard worked at the Ludwig-Maximilians-University (LMU), Munich, Germany, initially as a von Humboldt Fellow, then as Marie Curie Fellow and finally as Assistant Professor. He was awarded the degree of Habilitation from the LMU in 2000. In 2000, Richard moved to Heriot-Watt University in Edinburgh as Lecturer and was subsequently promoted to Reader in 2001 and Professor in 2005. From 2001-2006 Richard was an EPSRC Advanced Fellow. In 2009, Richard moved to the University of Basel, Physics Department, where he is a full Professor of Physics.

Richard's research background is in semiconductor physics, in particular the optics of semiconductor heterostructures and nanostructures. Richard leads the Nano-Photonics Group with current projects in quantum technology with quantum dots (single photon sources and the spin-photon interface) and in micro-cavites for solid-state emitters.