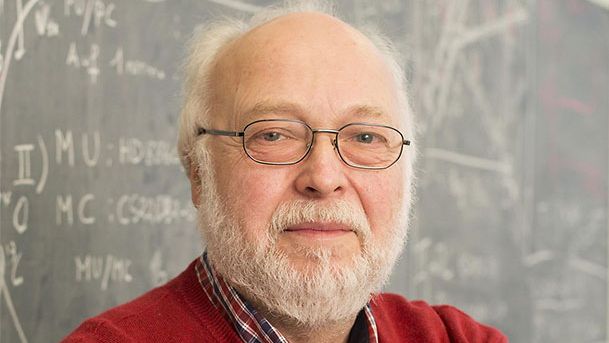 Friedrich-Karl Thielemann, professor emeritus of theoretical physics at the University of Basel, receives the Karl Schwarzschild Medal 2020. With this award, the German Astronomical Society honors his research at the interface between nuclear physics and astronomy.

The Karl Schwarzschild Medal is one of the most prestigious awards in the field of astronomy and astrophysics in Germany and is given to scientists from Germany and abroad.
Professor Friedrich-Karl Thiemann’s theoretical efforts, combined with comparison to experiments and observations, had a significant impact on the understanding of stellar explosions. In his many theoretical contributions, he predicted nuclear cross sections and reaction rates of nuclei across the nuclear chart, including highly unstable ones.
During his more than 40-year career, he achieved a full circle from nuclear input to studies of stellar evolution and explosions, the formation of heavy elements and the resulting chemical evolution of galaxies. He provided the basis for the most extreme events in the universe from type Ia supernovae, novae and X-ray bursts, core-collapse supernovae and hypernovae to neutron star mergers.
Thielemann, born in 1951 in Mülheim an der Ruhr, studied and received his doctorate at the TU Darmstadt. His passion for solving the mystery of how the elements originated in the universe led to a professional career around the globe. He worked at the California Institute of Technology, the Max Planck Institute for Astrophysics, the University of Illinois, and was a professor at Harvard University from 1986 to 1994. From 1994 to 2017 he was a professor of theoretical physics at the University of Basel.