The exquisite control of quantum systems has become an experimental reality. Many so-called Gedankenexperiments anticipated by the founders of quantum mechanics have been realized in the last decades using photons, atoms, molecules and solid-state devices. Experimental quantum science has emerged from a period of confirming the often counterintuitive predictions of quantum mechanics to a research endeavor with an enormous technological potential with particular applications in information science and sensors. The multi-disciplinary approach characteristic for this National Centre of Competence in Research (NCCR) connects different systems and intellectual concepts from physics, chemistry, engineering, and computer science.

The goals of the NCCR 'QSIT - Quantum Science and Technology' range from present and future engineering applications, such as quantum cryptography and quantum computation, to the investigation of new paradigms for fundamental physics such as topological states of matter. It is widely accepted that this field, which brings together two of the greatest discoveries of 20th century science, namely quantum physics and information theory, will find a broad impact on science and technology. Indeed the study of coherent dynamics of quantum systems embedded in complex environments is already at the core of the present day activities. To this end, a number of research groups in Switzerland work on a wide range of physical systems. The quality of the groups and the breadth of topics in quantum technology covered in Switzerland are unique. A key goal of this project is to facilitate strong interactions between these groups and to overcome the boundaries between different approaches to achieve unprecedented levels of quantum control and manipulation. The time has come to join forces and to work across disciplines. 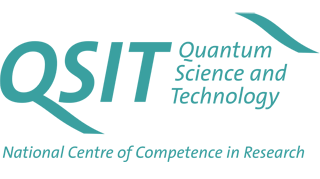