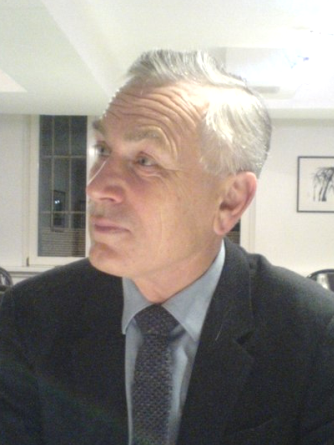 I joined the laser group at IBM Zurich Research Laboratory (Rüschlikon) in 1968, studying primarily light scattering and nonlinear processes [10-43]. My research activities were interrupted by an assignment to the Director of Research’s staff in Yorktown Heights, N.Y. in 1979/80 which imparted to me valuable insight into the management of a large research organization. The experience helped me later in my function as a group leader in the Rüschlikon physics department and as member of several advisory boards.

After return, the interaction of light with nanometer-size objects came into focus. It emerged from my occupation with the just invented STM which resulted in several STM-[51-58], AFM- [59-62] and instrumental [63-67] investigations. In 1982-1984 we demonstrated the first near-field optical (NFO) microscope [68-70]. It breaks the diffraction barrier of optical microscopy, known as Abbé’s resolution limit (~λ/2) by at least a factor of 10. In the following years, NFO microscopy was further explored at IBM [71-105], in particular its relation with surface plasmon polaritons (‘plasmonics’). In 1992, I organized together with D. Courjon (U Besancon, France) a workshop on “Near Field Optics” (NFO) that became the mother of the international  biennial NFO conference series.

In 1998, I moved to the University of Basel where I became a Titular Professor in 2002. My group participated in the growing field of plasmonics research (comprising NFO)[106-118]. A breakthrough demonstration of optical antenna effects and their nonlinear optical sequelae was the last result before my retirement in 2007/2008 [113,114]. A by-product of this development was the investigation of an ion-conducting glass [110,115] which can be used, among others, as a field emission gun for Ag+ ions [116].

I retired 2007/08 but still keep some contacts with the community of NFO – plasmonics – photonics, in particular with the groups in Switzerland.

A complete list of the publications can be downloaded here.