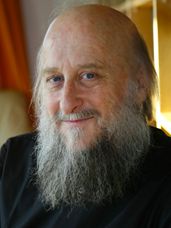 Roland Buser was born on April 15, 1945 in Basel, Switzerland. Following studies in Astronomy, Mathematics, Physics, and Philosophy in Basel and several extended research visits at the Bonn-Hoher List and Edinburgh Observatories, he obtained his Ph.D. in Astronomy from the University of Basel in 1975 (Dissertation on Multicolor Photometric Systems). He then worked as a Postdoctoral Fellow on stellar spectra and photometry and Galactic structure with Professor Ivan King at the University of California, Berkeley, and as a Visiting Associate with Professors Oke, Greenstein, and Gunn at the California Institute of Technology in Pasadena.

In 1985-1986 he was appointed to a Scientific Consultancy by the National Aeronautics and Space Administration (NASA) and the Association of Universities for Research in Astronomy (AURA) at the Space Telescope Science Institute in Baltimore, USA, for the design and development of the spectrophotometric and photometric calibration systems of the Hubble Space Telescope. After his return to Switzerland, he became Associate Professor of Astronomy at the University of Basel in 1990, while from 1989 to 1997 he was a permanent Visiting Professor at the Université Louis Pasteur and the Observatoire in Strasbourg.

Roland Buser was President of the Astronomy Commission of the Swiss Academy of Sciences in 1988-1994, and served as President of the Swiss Society of Astrophysics and Astronomy (SSAA) for the years 1996-1999. He has been a member of the Philosophische Gesellschaft Basel, the (international) Astronomische Gesellschaft (AG), and the International Astronomical Union (I.A.U.). In 2018, Roland Buser was awarded the Basel-Land culture price.

Most of our research is based on the BaSeL library of theoretical stellar spectra, which provides semi-empirically calibrated fluxes for a large number (1221) of wavelength points (i.e., from the Lyman limit to the radio) and for a comprehensive grid of model atmospheres covering essentially the full ranges of effective temperature, surface gravity, and metallicity. Combination with a population synthesis code and with 3D chemo-dynamical galaxy evolutionary models into the software tool STELLARPOP allows to calculate integrated spectra and photometry for any composition of stellar populations (components) in star clusters and galaxies. In particular, the STELLARPOP tool continues being applied in a systematic project, as follows: