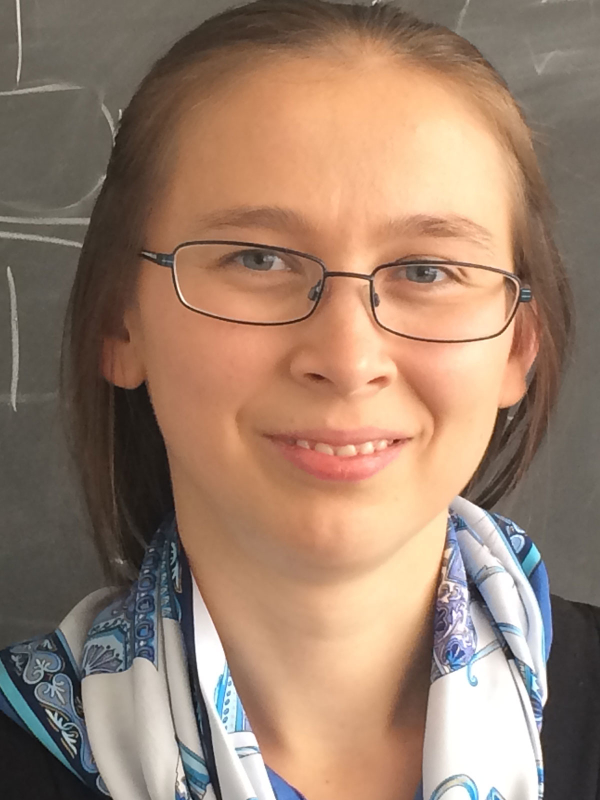 Jelena Klinovaja received her Bachelor and Master degree in Applied Mathematics and Physics from the Moscow Institute of Physics and Technology (State University), Department of General and Applied Physics, in 2007 and 2009, resp. Subsequently, she joined the group of Prof. Daniel Loss at the University of Basel, where she received her PhD in Theoretical Physics in 2012 with summa cum laude. In 2013, she was awarded a three-year Harvard Fellowship to perform independent research in the area of the theoretical quantum condensed matter physics. Klinovaja was appointed as a tenure track assistant professor at the Department of Physics at the University of Basel in 2014. In February 2019 she was promoted to associate professor. In her career, she was offered several prestigious fellowships and received research prizes such as the Swiss Physical Society Prize 2013 in Condensed Matter Physics, sponsored by IBM. In 2017, she has received the prestigious Starting Grant of the European Research Council (ERC).

Our group is interested in many aspects of the quantum theory of condensed matter systems with a special focus on topological effects and spin phenomena. We explore the physics of topological insulators, carbon-based systems (graphene, bilayer graphene, and carbon nanotubes), atomic chains, semiconducting 2DEGs, and nanowires. In our work, we not only study the properties of existing structures but also combine well-known ingredients such as non-uniform magnetic fields, superconductivity, and spin-orbit interaction to "engineer" systems with exotic quantum properties, in particular in the presence of strong electron-electron interactions treated by quantum field theoretic methods. Part of our work is related to the physics of exotic bound states such as fractional fermions, Majorana fermions, and parafermions, particles that possess non-Abelian braid statistics and have attracted considerable attention in recent years, also due to their potential use for topological quantum computing.