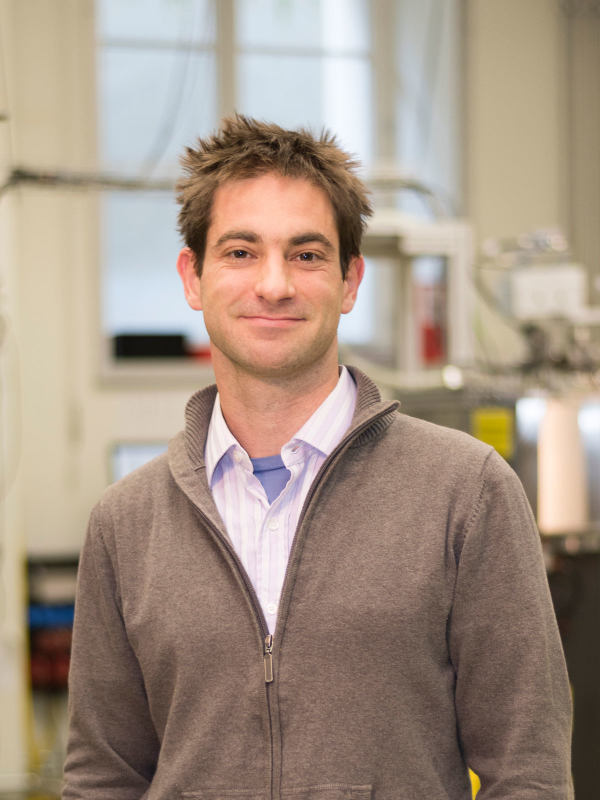 Martino Poggio, born in Tübingen in 1978, received his A.B. in physics from Harvard University in 2000 and his Ph.D. from the University of California, Santa Barbara in 2005. In graduate school he worked for Prof. David Awschalom on ultrafast optics and semiconductor spintronics completing a thesis titled, "Spin Interactions Between Conduction Electrons and Local Moments in Semiconductor Quantum Wells." After receiving his doctorate, he started work as a post-doctoral fellow at the Center for Probing the Nanoscale, a joint center between Stanford University and IBM Corporation funded by the National Science Foundation. Until late 2008 he worked in this capacity in Dr. Dan Rugar's lab at the IBM Almaden Research Center in San Jose, CA on high sensitivity nuclear magnetic resonance force microscopy. In the summer of 2008, he was appointed as a tenure track assistant professor in the Department of Physics at the University of Basel. In 2013, he was awarded an ERC Starting Grant and in 2014, the university promoted him to Associate Professor. He was promoted to Full Professor in 2020.

We are interested in nanomechanics and its application to sensing. We apply nano-mechanical sensors in ultra-sensitive measurements of force,spin, and charge. Traditional "top-down" mechanical devices are now being joined by a new class of self-assembled "bottom-up" structures with a huge potential for improving sensitivity. This new approach to mechanical sensing may pave the way for scientific breakthrough in a variety of fields.

We are also interested in nanomagnetism. In this vein, we develop magnetometers capable of measuring the magnetization or stray fields produced by individual nanometer-scale magnets. The basic motivation lies in studying the magnetism of low-dimensional systems and in coming to a greater understanding of their magnetic configurations - configurations often not possible in macroscopic magnets.